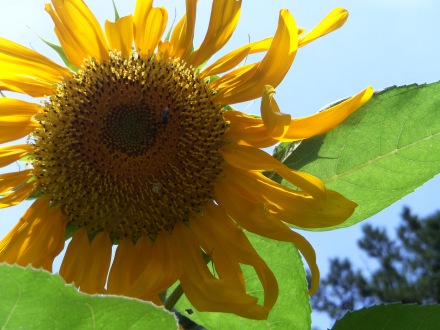 One of my favorite classes in seminary was Black Church Studies with Dr. Willie Jennings. Prof. Jennings began the class by asking us to raise our hands if we were racist. We glanced around at each other, none of us wanting to claim such a title for ourselves. I certainly felt like I didn’t qualify for that – social justice had always been an integral part of what it meant to be in my family, and I had plans to adopt transracially. Yet, Prof. Jennings continued by raising his own hand. “Everyone here is racist. We live in a racist society, and thus we cannot be removed from that foundation. We are part of it. The key is to recognize it.”

25 years later I have not forgotten these words. This summer they have seemed more poignant than ever. The stats are clear that black individuals are stopped by police at far greater rates than non-blacks. Senator Tim Scott recounts his own experience with this – an experience his white colleagues do not share. (And I shouldn’t have to write this, but of course I support our police. As Prof. Jennings pointed out, none of us can be removed from this racial foundation, and we need training and education to recognize the blinders we wear.) It has also pained me greatly to witness, and to hear first hand from my students, the dramatically increased harassment of Muslims in our country. Many others have stated this – and it is true – Islamic State is to Islam what the KKK is to Christianity. When political leaders call for mass deportation or interviews of the incredible young Muslim women with whom I work, my heart breaks for them. They don’t deserve this treatment.

The idea of the United States being a “Christian nation” has been tossed around throughout the history of this country. The name of Jesus has been taken in vain to support xenophobia, misogyny, and white elitism. This country was begun with mass genocide of the natives, and then built on the backs of slaves. We can’t erase or ignore this. It’s in our blood. There are so many wonderful things about this country, but we need to acknowledge our history and the continuing repercussions in how we relate to each other. We need to follow the steps of Jesus in reaching out to others and including them in community – especially those who have been outcast, downtrodden, beaten, and discounted. If we are truly Christian, we will look for ways to include, unify, and love together.

One reason I have never forgotten Prof. Jennings’ words is because a year after his class, I heard them resounding in my ears while I stood outside the Food Bank/Mission in Asheville. I brought a donation and saw two men at the door. They both greeted me. I assumed the older white man was the volunteer, and the younger black man was there for assistance. It turned out to be the opposite. I was ashamed of myself, even though I don’t think they knew of my assumption. I stood there, a minister in the community and one who actively discussed and worked towards racial reconciliation – and yet I found once again that the original sin of racism of this society had been played out through me.

It’s been a terrible summer in many ways for our society. I hear so many young adults feeling like there is no hope. Yet, the old saying is that it is always darkest before the dawn. This racism and xenophobia have always been present. I am thankful for technology and social media which can help us recognize it – and hopefully we can take those challenging steps to be a better society.

Let this summer not be marked by fear, hatred, and despair. Let us see this time as the recognition of the work we have to do, and the beginning of a hope for tomorrow.